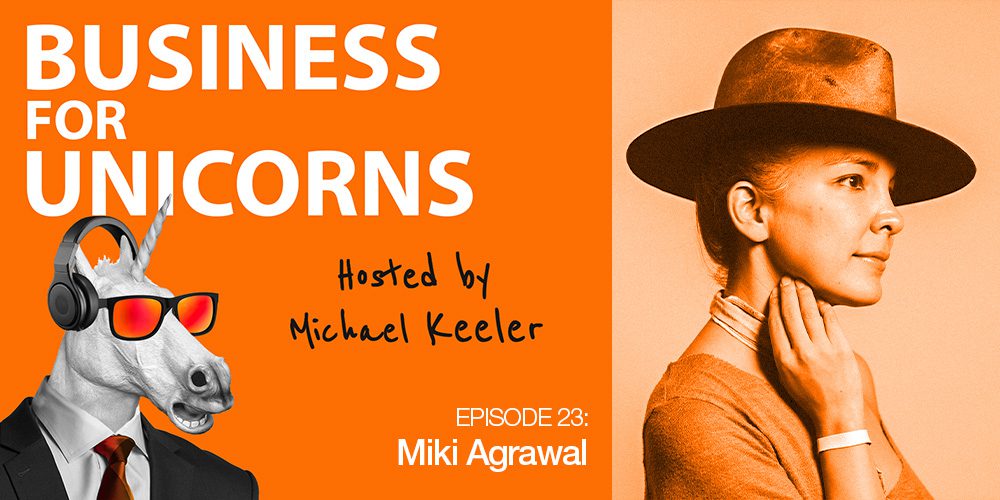 Miki Agrawal was named 2018 Fast Company’s “Most Creative People”.  2017 “Young Global Leader” by the World Economic Forum, “Social Entrepreneur of the Year” by the World Technology Summit, and was one of INC Magazine’s “Most Impressive Women Entrepreneurs of 2016.”

She is the co-founder of THINX, a high-tech, period-proof underwear brand and led the company as CEO to a valuation of over $150 Million and to Fast Company’s Most Innovative Companies of 2017, all while helping tens of millions of women period better.

She most recently founded TUSHY, a company that is revolutionizing the American toilet category with a modern, affordable, designer bidet attachment that both upgrades human health & hygiene as well as the environment from wasteful toilet paper consumption. She and her team are also helping fight the global sanitation crisis by bringing clean latrines to under-served communities in India through their partnership with Samagra. SNL just covered TUSHY after its subway campaign was banned. You can find the clip HERE.

She is also the founder of the acclaimed farm-to-table, alternative pizza concept called WILD with 3 locations in New York City, one in Guatemala and more on the way.

Harper Collins published her first book entitled DO COOL SH*T on entrepreneurship and lifestyle design and Hay House just published her second book DISRUPT-HER available now! She created a short film illustrating themes from the book which you can watch HERE.

In this episode, Michael and Miki discuss: